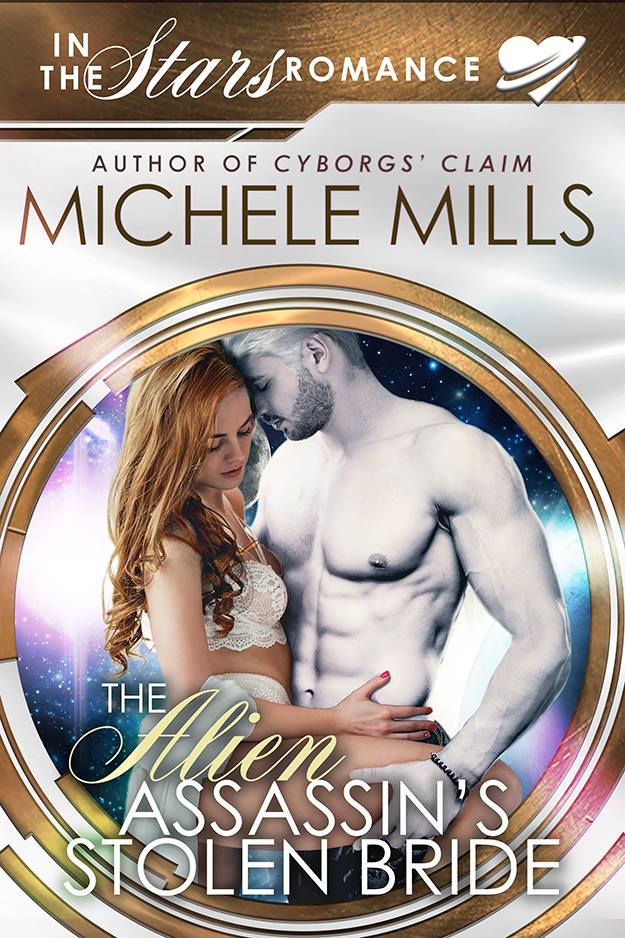 Hannah’s having a bad day. Her friends have ditched her, and she’s stuck going on a tour of Hearst Castle. And she ends up seated next to a muscle-bound, dangerous-looking man dressed all in black, with pearly-white skin and silver eyes. Heriot is an assassin known for his one hundred percent kill rate…and his grim disposition. He’s all work and no fun, according to his brother and partner, Jadzion. And he’s all business as he tracks down his latest target on some filthy backwater planet called Earth. He’s got two diurnal cycles to take out his target, so there’s not a lot of time for shenanigans. He didn’t expect to find his true mate during the middle of this hit. He didn’t expect her to be a stunning human female who could gentle his stern demands. And he didn’t expect to be reduced to a raging, rutting beast on this mission. Can he convince his innocent mate to return with him to his home planet before his time is up, or will he be forced to steal her?