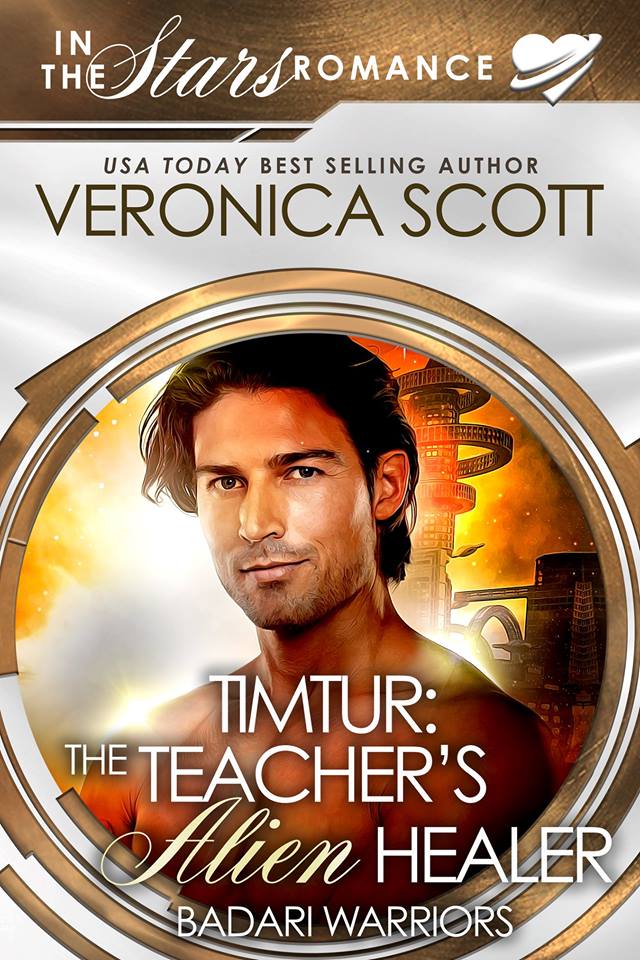 Genetically engineered soldiers of the far future, the Badari were created by alien enemies to fight humans. But then the scientists kidnapped an entire human colony to use as subjects in twisted experiments…the Badari and the humans made common cause, rebelled and escaped the labs. Now they live side by side in a sanctuary valley protected by a powerful Artificial Intelligence, and wage unceasing war on the aliens. The luckiest Badari find their mates among the humans.Far from her home in the human Sectors after the mass kidnapping, teacher Lily Garrison is making a niche for herself in the valley by running a school for the Badari young. Although she yearns for Timtur, the pack’s healer, another Badari male has his eye on her and won’t take no for an answer.Timtur feels the weight and responsibility of being the pack’s only healer, constantly on call as the soldiers fight ferocious battles against the alien scientists and their troops. With scarcely a moment to himself, he’s drawn to the gentle Lily but worries he won’t be able to juggle his duties, his loyalty to the pack and a relationship with a human woman. When Lily’s stalker takes direct action to kidnap her and steal her from the safety of the valley, she’s forced to reach deep inside to find the strength to battle for her life. Timtur realizes too late how foolish he’s been to resist the bond with his fated mate and leads the rescue effort.Before this situation can be resolved both will have to put their lives on the line and decide what really matters in a dangerous world ruled by the enemy.Although this is the fifth book released in the Badari Warriors scifi romance series, the story of Timtur and Lily is a standalone and actually comes immediately after Book Two’s events. Always a satisfying Happy for Now ending for the hero and heroine, not a cliffhanger. Some overarching issues do remain unresolved in each book since this is an ongoing series but romance always wins the day in my novels!