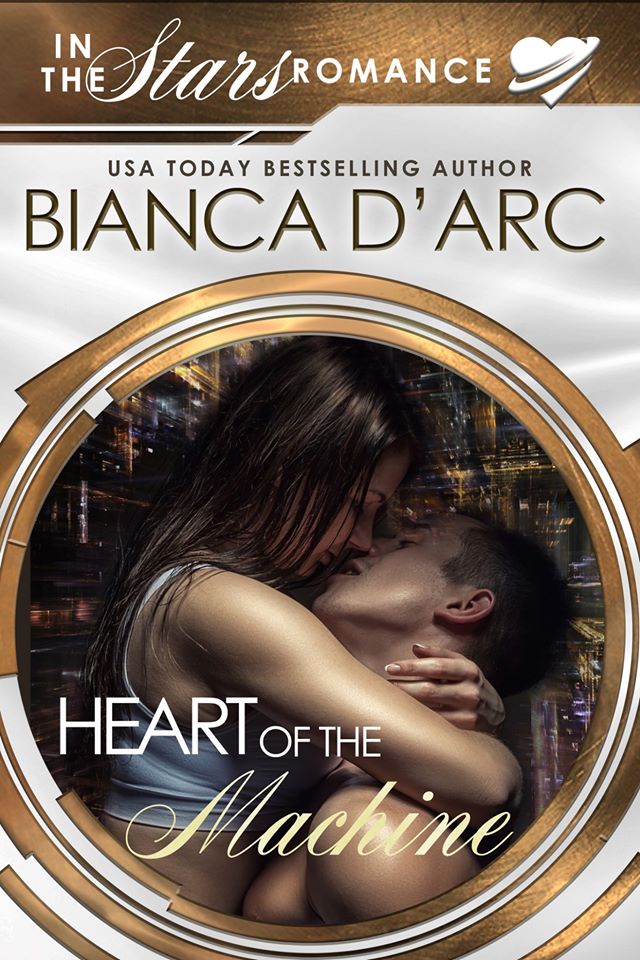 She’s a navigator. He’s the captain...and a cyborg. Does she dare try to capture the heart of the machine?

Billie Latimer is the half-trained navigator on a ship full of refugees, crewed by cyborgs who are just starting to remember who they once were. It’s heartbreaking, but she’s glad to help the men who had everything stolen from them by the military machine. Especially one very special man, who has captured her interest - the captain of the ship. Working with him day after day only brings them closer. She suspects he’s interested in her, as well, but something is keeping him from taking that final step closer.

Captain Medeus knew almost from the start that Billie is the sister of a man he had once called friend. A man who had died aboard Medeus’s last ship. He blames himself and carries a lot of guilt, now that he remembers who he was. He’s not sure it’s fair to continue his pursuit of Billie, knowing she would blame him for the death of her beloved brother, if she knew.

With hostile aliens and the military ready to blow them to smithereens, not to mention pirates, there’s a lot to contend with. Can they keep everyone safe and learn to live again in the chaotic world in which they find themselves? Neither is sure if they can forgive the past and start anew, or if misplaced guilt will keep them apart...forever.