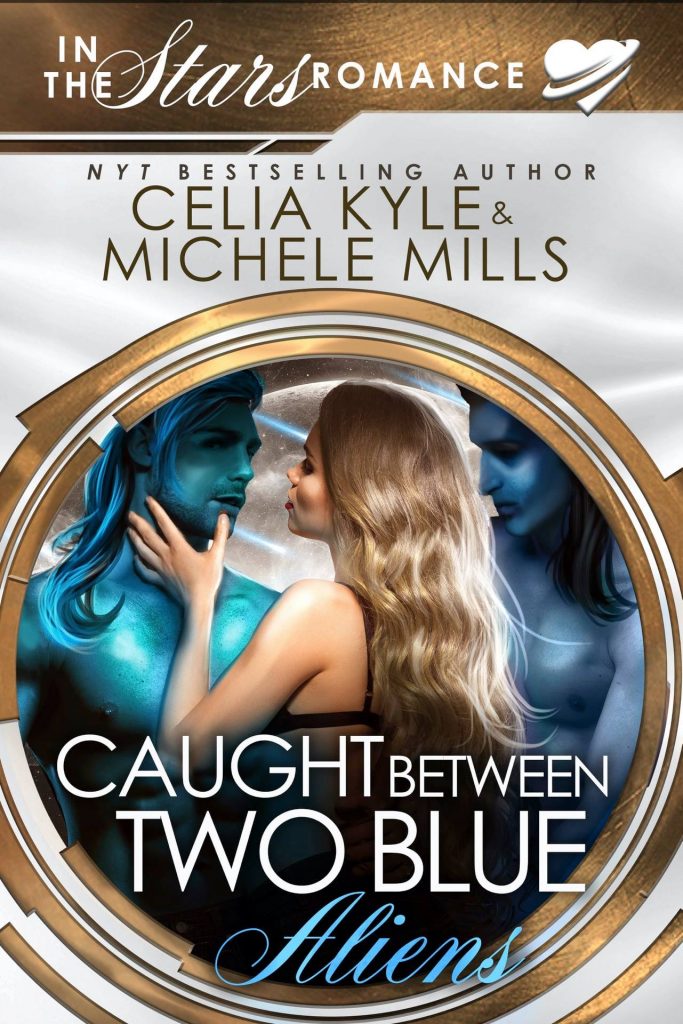 It was just supposed to be a job—a well-paying job, but just a job. And it is… until it isn’t and suddenly Jenna’s facing two blue aliens who want her to leave Earth behind… forever. Da fuq was in that wine?Jenna is working her butt off at three different jobs in order to provide for her younger siblings. And tonight’s high-profile catering gig (hazard pay bay-bee!) at Drokten Main is going to give her not only dollahz, but also the perfect opportunity to check out the shirtless blue alien heroes who saved Earth from near destruction. Whoo Hoo!At the party, she overhears a crazy plot to destroy the Drokten and kick them off the planet. Holy crap! And the next thing she knows she’s standing in front of the Commander of the entire Drokten fleet, as well as the Drokten Ambassador, trying to warn them both of the eminent threat to their safety. And just like that they want her on their battleship and in their bed. Both of them. Together.W…what? Uh…no? Yes? NO. No matter how hot they are, the answer is no. Right?Being an alien booty call—no matter how hot the males are—isn’t on Jenna’s to do list. Plus, she can’t leave her siblings behind! But darn it, these guys should be in sales, because they’re so freaking persuasive. And every time they hold her in their possessive embrace, pressed between their hard bodies…well, her heart goes pitter-patter and her body lights on fire.How is a girl supposed to say no? But, on the other hand, how can she say yes when the lives of her brother and sister are at stake?