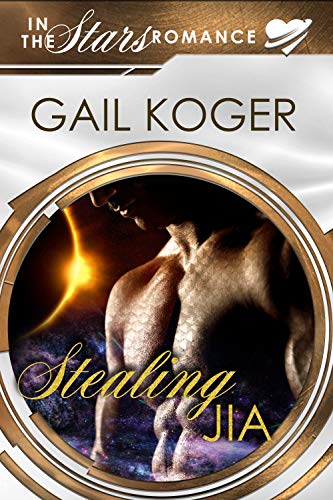 Jia grew up in an orphanage that turned children into master thieves and gave the school of hard knocks a run for its money. Jia’s psychic talents have kept her alive, but not out of trouble. While searching for her adopted brother, Jia finds herself on a galactic adventure with a horde of extra-terrestrial kids she’s determined to protect. Adding to the chaos is an Askole Battle Commander who claims she is his mate. How is that even possible? They’ve never met.Trayon, the Battle Commander, is a deadly Askole. Huge. Battle hardened muscles. A regular warrior’s nightmare with black, armor-plated skin and tentacles. Who knew the scary guy was such an excellent kisser and had the heart of a romantic? All Jia ever wanted was a family of her own. Maybe an alien family wouldn’t be so bad.To win Jia, Trayon must prove he loves her and she’s not some female the Coletti Overlord just sold him. But first, he has to keep the trouble magnet alive long enough to convince her.